The oldest dragon in the world

Dragons are so popular in various cultures around the world that it’s tricky to know where they originated first. There are several contenders for the title of ‘Oldest Dragon in the World’ – so let’s take a look at this famous magical beast and when the legends surrounding it may have originated.

China has one of the longest histories of any culture, so it’s no surprise that some of the earliest depictions of dragons have been found here. Dragons are lucky creatures in Chinese culture, often bringing power and wealth. Excavation sites in Inner Mongolia have revealed examples of carved jade dragons dating back to 4500-3000 BCE – long before any written records of the creatures existed.

Sumerian mythology has numerous stories and legends, among which is the story of Kur, a dragon that lived in the primal sea. He’s a personification of the Sumerian underworld, and according to one legend, kidnaps the goddess Ereshkigal and carries her off to the nether world. The god Enki goes to rescue her in a boat, but Kur fights back ferociously, hurling stones at the boat and attacking Enki with the primeval waters in which he lived. The end of the story is lost, but it’s generally assumed that Kur was killed. It’s thought by some scholars that this myth is a precursor to several other myths from Mediterranean and Middle Eastern cultures, such as the ‘Epic of Creation’.

Present-day Iraq was once part of the Babylonian empire, where tablets containing the ‘Epic of Creation’ myth were inscribed. Those that have survived date to 1200 BCE, but scholars think they’re copies of much older texts, from at least 1750 BCE. In the myth, the goddess Tiamat is a personification of salt water and takes the form of a dragon. She gives birth to the first gods and is eventually destroyed by the god Marduk, who splits her in two, thereby creating the heaven and the earth.

The Rig Veda is an Indian text which is one of the oldest in the world, and dates to around 1500 BCE. The text speaks of a great dragon named Vritra, who personified the droughts that ‘imprisoned’ rivers and other bodies of water. He was killed by Indra, the god of thunderstorms and rain, to free the flowing rivers. Of course, stories were passed down by word-of-mouth long before they were recorded in writing, so this myth may be thousands of years older than the text in which it appears.

Dragons like those we see in Western culture are evolutions of these early beasts, and you can learn more about the mighty dragon from European legends in the magical play ‘Dragons and Mythical Beasts’. This fantastic show for kids in Edinburgh introduces you not only to a fearsome dragon, but also to lesser known creatures, from the Japanese Baku to the mysterious Indrik from Russian folklore. Don’t miss this spectacular show – book your tickets today! 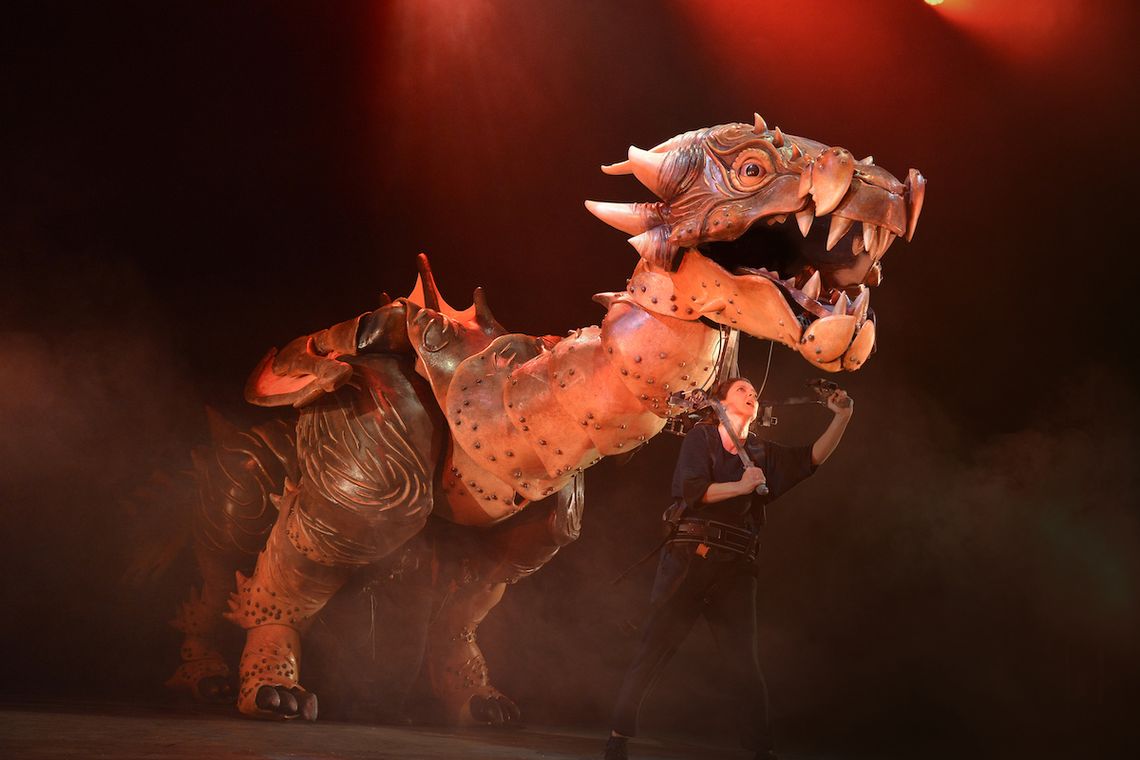