Do all dragons spit fire?

Dragons are a big part of mythology across the globe, with many cultures including these fearsome reptiles in their stories. In China they represent power, being seen as a friendly bringer of good luck, while in the English legend of St George, the dragon is an evil beast that has been destroying a town and demanding the princess as an offering. Dragons even feature in children’s shows – you’ll find them in the family theatre show, Dragons and Mythical Beasts, which is currently touring the UK. It's one of the best kids’ shows in Edinburgh this summer, so don’t miss out.

Most dragons are described as fire-breathing, and many of the most famous ones can spit out a flame at a moment’s notice. Toothless and his pals from How to Train Your Dragon are memorably fire-breathing, as is Smaug from The Hobbit. But not all dragons have the ability to breathe fire. Let’s take a look at some that don’t.

In Disney’s 2010 movie, Alice in Wonderland, Alice faces the Jabberwocky, a huge dragon that is under the command of the Red Queen. The two engage in a fierce fight, with Alice wielding a sword against the creature, which instead of breathing fire, spits bolts of purple lightning. Alice manages to defeat the Jabberwocky, taking away the Red Queen’s method of controlling her soldiers.

If you’ve seen Raya and the Last Dragon, you’ll know that the loveable Sisu, who is a funny and goofy water spirit, can’t breathe fire. Instead, she uses her shape-shifting ability to disguise herself as a human so that she and Raya can complete their quest to restore the Dragon Gem and defeat the Druun. Sisu’s power lies not in fire, but in the capacity to manipulate water – she can create fog and control moisture in the air to make the floating water pads that she jumps on.

The Four Dragons of China

In much of Chinese mythology, dragons are associated with water rather than fire, and do not spit flames. The tale of the Four Dragons is an example of how dragons are forces for good in Chinese culture. One day they see the people praying for rain, and after a fruitless attempt to get help from the Jade Emperor, they scoop up water from the sea where they live and spray it over the land so that the crops grow and the people have water. For this they are arrested and imprisoned under four mountains, but turn themselves into the four main rivers of China to ensure its people always have water.

In Norse mythology, Jormungandr is a sea dragon, one of the offspring of the trickster god, Loki. He is the enemy of the storm god, Thor, and they have several encounters in which Thor prevails. Rather than breathing fire, Jormungandr has a lethal venom called Eitr, which is strong enough to kill a god. Indeed, after their final battle at Ragnarok – the end of the world in Norse mythology – Thor dies as a result of being bitten by the sea dragon.

Don’t miss out on the chance to discover a fantastic world of dragons and other creatures with the Dragons and Mythical Beasts stage show. Book your tickets today! 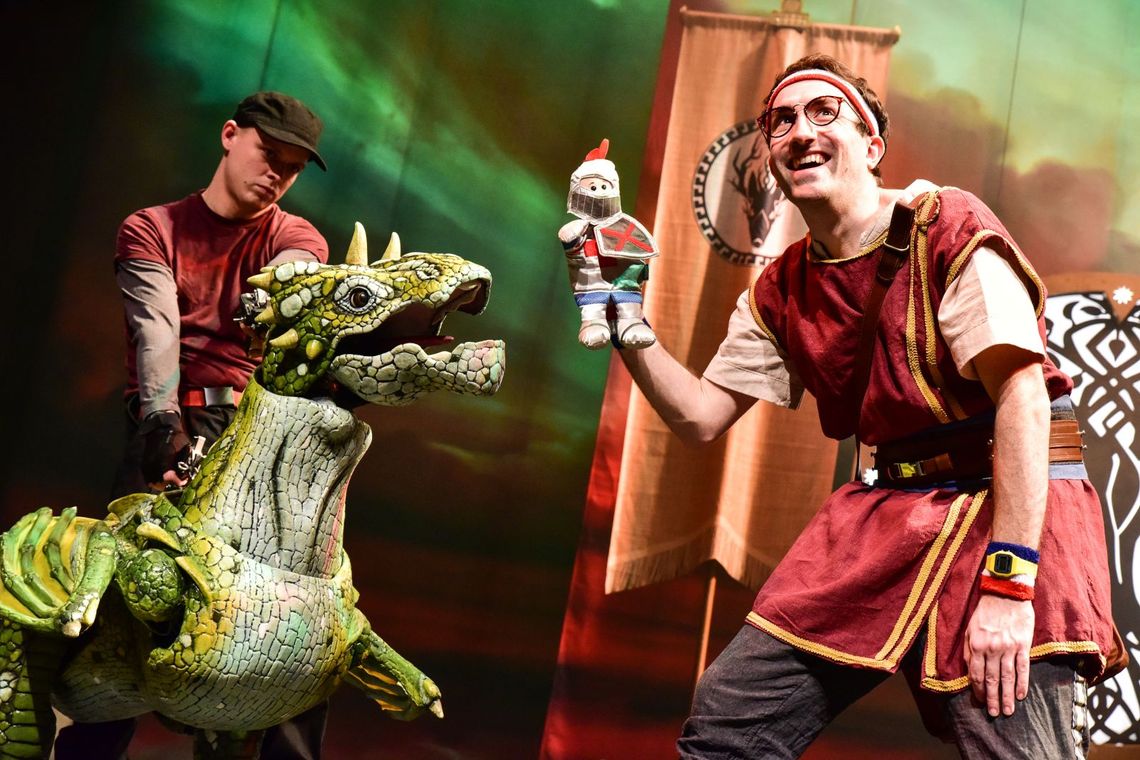