Dragons are found in cultures all across the world. Some bring good luck, while others are mean beasts who must be defeated by brave knights. Some are water-dwelling; others soar through the sky breathing fire. Some even star in family theatre shows like Dragons and Mythical Beasts, and can be found entertaining audiences!

Whatever they’re doing, and wherever they live, dragons clearly spark the imagination of people across the globe, and many myths have grown up around them. Here are some from a range of different cultures.

In Philippine mythology, Bakunawa is a great sea dragon who has a mouth the size of a lake, a red tongue, gills, and two sets of wings. The ancient story tells of the creator God, Bathala, illuminating the sky with seven moons. Bakunawa then rose from the deep sea a swallowed one moon every night for six nights, until Bathala angrily forbade him from eating the final one, which remains in our sky today.

Quetzalcoatl was a dragon god who was worshipped by central American cultures such as the Mayans and Aztecs for over a thousand years. He can take human form, but also takes the form of a feathered serpent who can fly. In Aztec culture he was friendly towards humans and was the patron of the wind and air, as well as of arts and knowledge.

Inhabiting the swamps of West Africa, Ninki Nanka is a large and dangerous reptilian creature who is sometimes said to have three horns and mirror-like scales. This beast serves as a deterrent to children – he is said to take those who venture into the swamps. There’s also a legend that says if you’re unlucky enough to see the Ninki Nanka, you will die within a few weeks.

In Chinese culture, dragons (known as long or lung) are kind and wise, and bring good luck. They control the water and weather, ruling rivers and seas and bringing storms and floods. Chinese dragons are typically snake-like with four legs, claws, and whiskers. The Dragon King is the most powerful of all, and can take a variety of forms. He’s thought to reign over the seas.

In Norse mythology, Fafnir was a huge dragon with armoured scales that couldn’t be penetrated by ordinary weapons. He had sharp, curved claws and wings, and could breathe fire. According to the story, he began life as a dwarf who could shapeshift. He was tricked by the mischievous god, Loki, into killing his father for a cursed ring. He took his dragon form to guard his treasure from then on, and was eventually slain by Siegfried with a broken sword.

Although not a dragon, the griffin is a flying entity with the head of a bird and the body of a lion. In Greek mythology, these beasts pulled the chariots of Apollo and Nemesis, and were associated with the sun, protection and guardianship. They were often shown in art as guarding treasure.

If you’re fascinated by all things mythical, don’t miss Dragons and Mythical Beasts, one of the fabulous children’s shows by Nicoll Entertainment. It’s one of the best kids’ shows in Edinburgh this summer, inviting you into a magical world of creatures from all sorts of cultures. Book your tickets today. 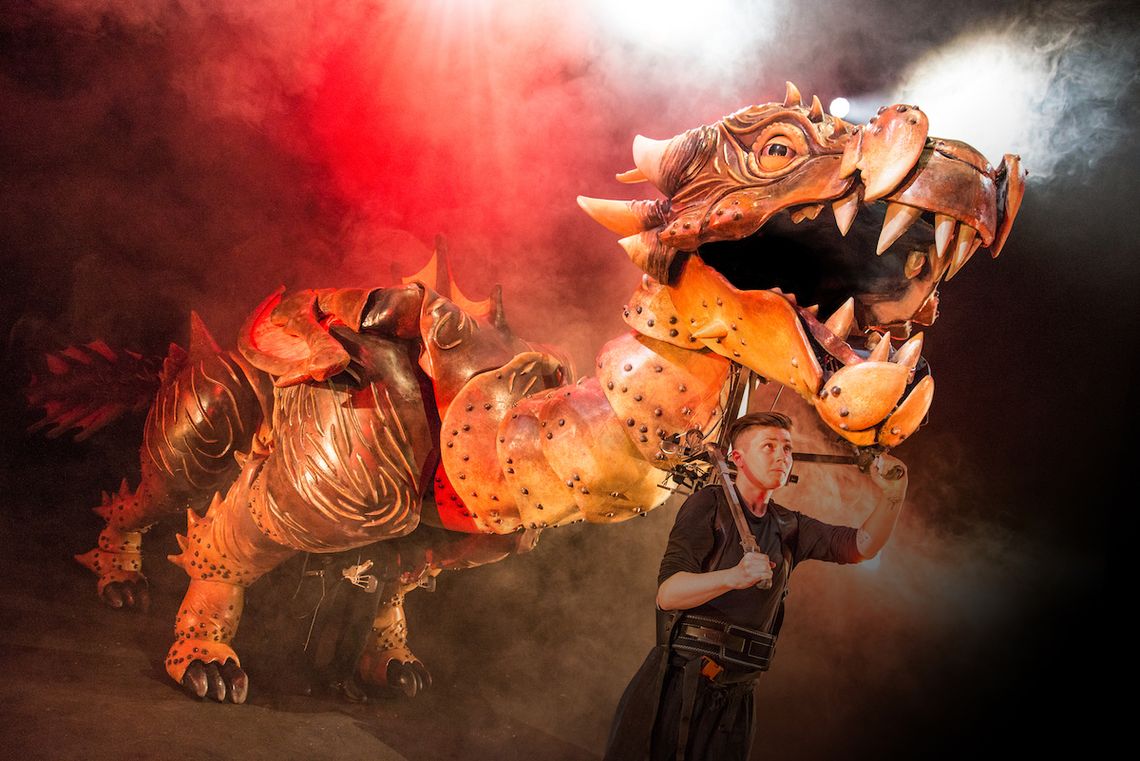