5 INCREDIBLE DRAGONS WE WOULD LOVE TO MEET

Dragons have been capturing our imagination for thousands of years, with stories about them dating back more than 5,000 years. Not all are nice – the Babylonian dragon goddess, Tiamat, for example sounds pretty scary – but there are some really cool dragons out there who would be great fun to meet. Here are a few we’d love to hang out with.

Toothless – How to Train Your Dragon

If you’ve seen the heart-warming film How to Train Your Dragon, you’ll know how endearing Toothless the Night Fury is. With his cat-like behaviour, he would be lots of fun to play with, while his fearless nature and strong sense of loyalty means he would leap to your defence in a sticky situation. What better kind of friend is there?

Disney’s 1998 animated film Mulan features a talkative dragon named Mushu who has a habit of getting himself and his pals into trouble. Although he’s small (Mushu is roughly the size of a fox) he takes his task of protecting Mulan seriously, which is a tough job given that she has run off to join the army. Good humoured and full of terrible advice, he’s a charming and lively character.

Pete’s Dragon tells the story of an orphan boy who is rescued and befriended by a large, green, furry dragon. Pete names the dragon Elliot, and the pair develop a strong bond. Elliot is quite a clumsy character even when flying, but is kind, loyal and protective, ultimately helping Pete to find a new home and family.

Dragon – There’s a Dragon in Your Book

Young children can’t fail to adore the baby dragon in Tom Fletcher’s There’s a Dragon in Your Book. Mischievous and a little bit clumsy, she accidentally sets fire to the book, and it’s great fun trying to help her put out the flames. Cute as a button and with a taste for ice cream, she’s the kind of dragon you just want to cuddle.

Zog is a dragon who is keen to be the best student in dragon school, but he’s very accident prone. As he learns to fly, roar, and breathe fire he runs into all sorts of trouble – but luckily for him there’s a mysterious girl who’s always there to patch him up. He’s a loveable, trusting and optimistic character who tries his best and perseveres even when he faces setbacks.

Dragons don’t come much scarier than Juno, the star of the Dragons and Mythical Beasts live stage show. Named for the Roman goddess who appears in many myths about heroes, she has 36 venomous teeth in her giant jaws…but is she really as terrifying as she first seems?

If you’re looking for a fun-filled way to get up close to a dragon, don’t miss Dragons and Mythical Beasts. Currently on tour in the UK and one of the best kids’ shows live on stage, it’s a magical, mystical show that introduces you to all kinds of wonderful creatures, from the Tooth Fairy to the colossal Stone Troll. Book your tickets today. 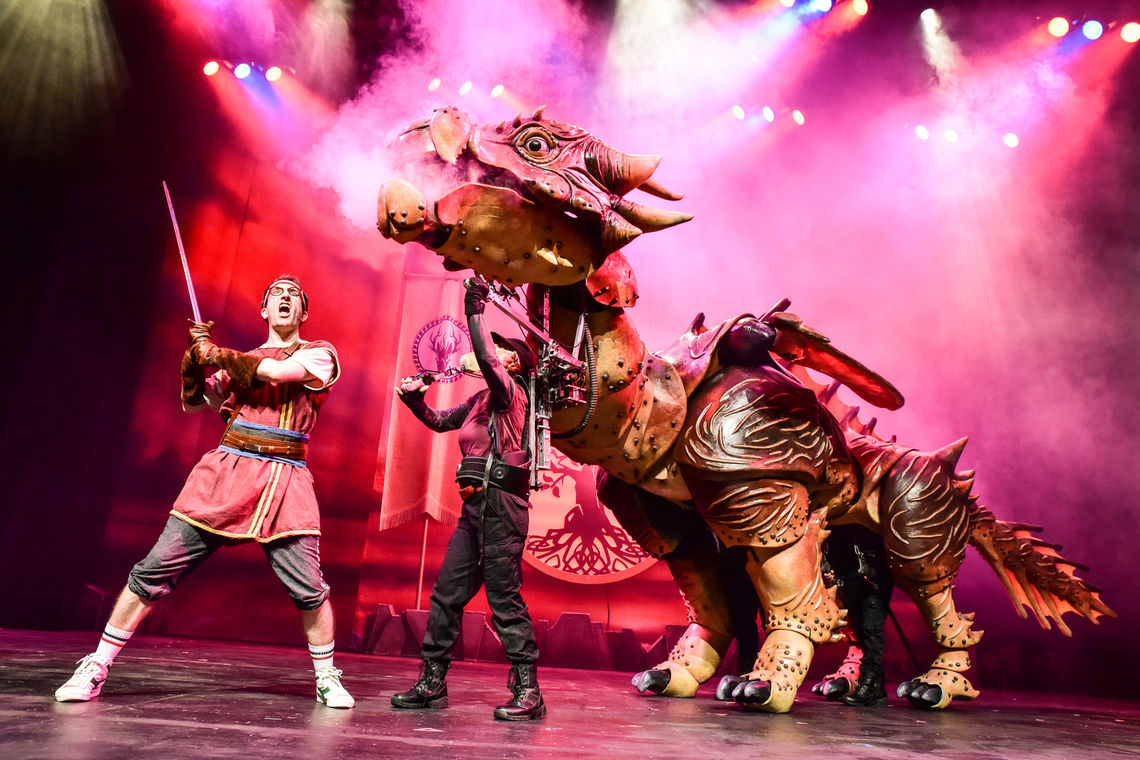